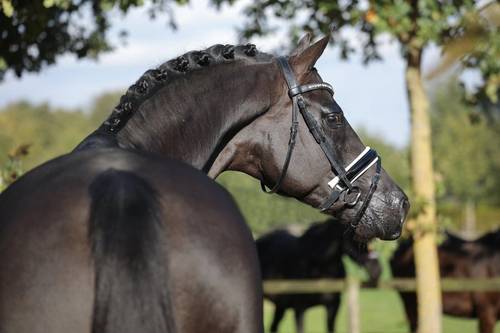 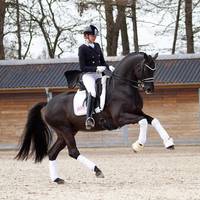 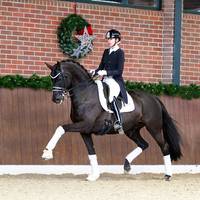 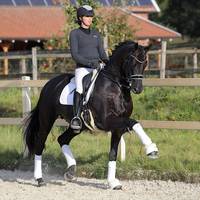 Champion stallions, premium stallions, price highlights: Through Millennium, the power of inheritance is redefined! In fall 2014, Millennium made his impressive debut as sire. At the Trakehner stallion licensing in Neumünster and at the Oldenburg licensing in Vechta he presented each the towering champion stallions Sir Sansibar and Morricone. In 2015 Millennium presented Helium, who was first reserve champion at the Trakehner licensing, Halleluja, who was second reserve champion, and Sir Samoa, full brother of the previous year's winner Sir Sansibar. In 2016 Millennium presented His Moment, again a champion stallion at the Trakehner stallion market. Then again in 2017, he was sire of the Trakehner Champion Stallion Sir Milton, the Verden Premium Stallion Meilenstein and of the Westphalian Premium Stallion Maracanà. Meanwhile, the number of licensed sons has increased to 36 – no other sire had that many licensed sons at his young age before. In 2016 he sired the most expensive foal of all times, named Konstantin, in Neumünster as well as the foal price highlight in Nördlingen. His outstanding daughter Heavenly Brown was proclaimed Trakehner Champion Mare of the Year 2015 on the occasion of the Trakehner stallion market. In 2016 My Lady became national champion mare in Baden-Württemberg. In 2017, he was sire of the riding horses on the first to third rank in the Saxon championships, just like the 2017’ Bundeschampion of young driving horses and other finalists in the class for young riding horses. He also presented Brilliantring mares in Rastede and champion mares in Hanover. In 2017 his eldest offspring were five-years old and collected victories and placings in tests for young riding horses and dressage horses, even in the world championship for young dressage horses. Ivanhoe was the 2016’ Trakehner Champion of four-year old stallions, Freiherr von Stein followed his footsteps in 2017 and Marc Cain became Vice Bundeschampion of three-year old stallions in 2016.

Millennium himself was second Reserve Champion of the 2010’ Trakehner licensing in Neumünster. On the occasion of the Oldenburg Stallion Days 2012, Millennium received the I-c main premium. Millennium had also a first-class “coming-out” in sport: In 2012 he won several tests for young riding horses and became Trakehner Vice Champion in Hanover. Meanwhile, he has won many times in medium (M) level tests for young dressage horses and is placed in advanced (S) classes. In FN’s predicted breeding value statistics he is ranked among all top sires with 146 points.

His sire Easy Game who has an extraordinarily strong step-off, passed not only his 30-day test with well over average scores in Prussendorf but also his 70-day test in Schlieckau and won several elementary (L) and medium (M) level tests for young dressage horses. In the meantime he has been trained to advanced (S) level in the Netherlands and his first offspring are now winning ribbons in youngster sport as well as at breeding shows and licensings. His highly prized dam Merle did an outstanding job at her broodmare performance test and also gave birth to Millennium's full sister, Maxima, a premium mare who competed in the Final for the title "Trakehner Champion Mare 2010" and also has high placings in tests for young riding horses. The successful stallions Ravel, a multi advanced (S) level winner, and the epoch-making Consul from Station Poll-Hörem are found on the dam's side. 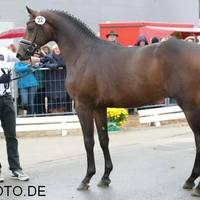 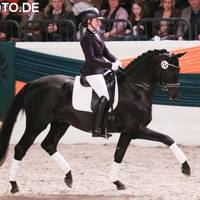 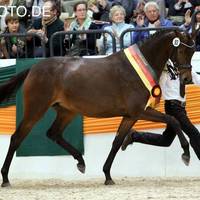 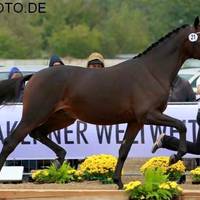 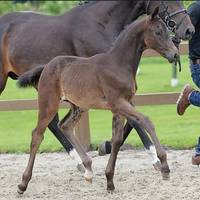 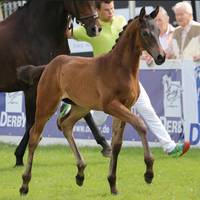 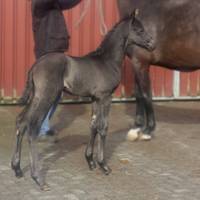 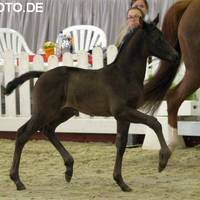 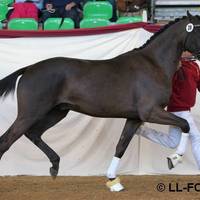 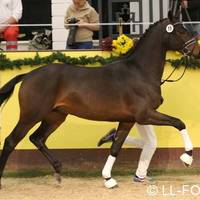 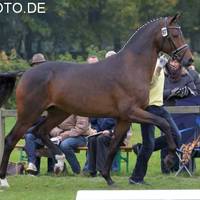 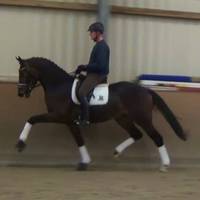 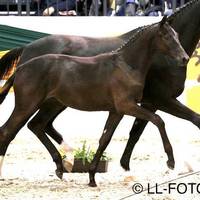 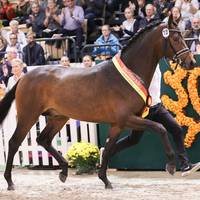