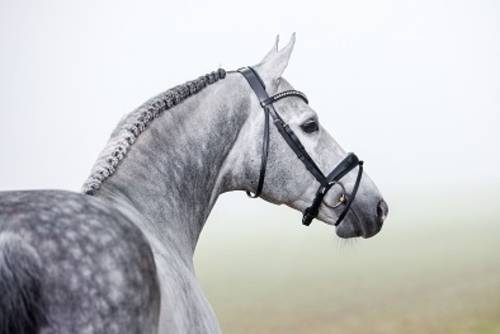 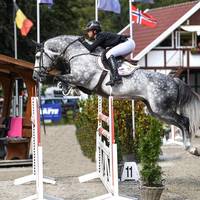 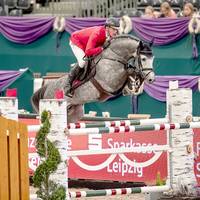 A miracle of nature

Grey stallion of fascinating type, clearly underlined by the performance of his internationally successful ancestors. Hickstead White is the only licensed son of Olympic Champion Hickstead on German soil. He demonstrates outstanding ability in view of technique, bascule, power and scope; blessed with an absolutely excellent jumper pedigree. Accordingly, he finished his 30-day test as overall winner (8.32) as well as very best stallion in jumping (8.75) in Neustadt (Dosse) in 2015. Every time he competed he won. In spring 2017, he was the best five-year old at the sport test in Münster with an excellent score of 8.82.

In 2016 Hickstead White presented also an excellent first crop, which brought him, in combination with his performance record, the title I-a main premium winner on the occasion of the Oldenburg Stallion Days in Vechta. It has never been that clearly predictable before like this year. In 2017 he repeated the impressions of the year before. His offspring stood often out as champion foals in many breeding areas; many were awarded a premium or were sold for top prices at foal auctions. Spectators and committee agreed in view of the first foals: seldom seen, nearly unique! This year we eagerly await his eldest sons presenting themselves at the licensing sites.

Hickstead White is blessed with a jumper-pedigree you can only call “superb”, quasi one of a special kind. Heroes of jumper breeding are here connected like pearls on a string. His sire Hickstead won over 1.5 million Euro in prize money under Eric Lamaze, earned 220,000 Dollar only for his victory in the grand prix of Spruce Meadows. Highlight of his career was the win of the gold medal in the individual jumping class at the Olympic Games in Hong Kong 2008. In the following years he collected many victories in competitions up to CSI five-star level such as the grand prix at the CSIO in Aachen, the World Cup final in Leipzig, the grand prix of Rome and again the international grand prix of Calgary.

The dam Queentina was reserve champion mare at the Brilliantring in Rastede in 2011 and won in international show jumping classes at the age of only six. In 2015 she won the international “Young Horse Trophy” of the K&K Cup in Münster, followed by achievements in several grand prixs such as the ones of Riesenbeck, Neustadt/Dosse, Ommen (NL) in the next years. The dam's sire Coupe de Coeur and René Tebbel became German Champion twice, in Münster in 2006 and in Gera in 2007. Quidam's Rubin, found third in the line of ancestors, was stallion performance test winner and produced more than 30 licensed sons as well as 202 successful advanced (S) level show jumpers in just a short time in breeding, in comparative terms. 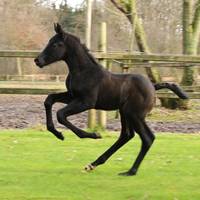 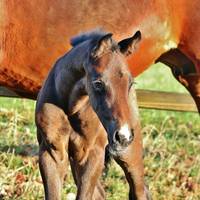 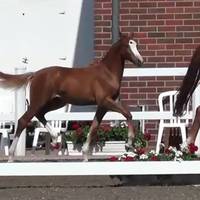 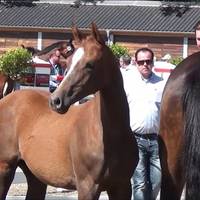 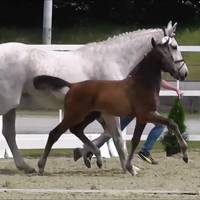 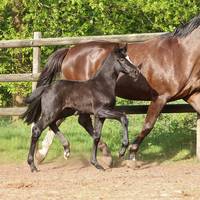 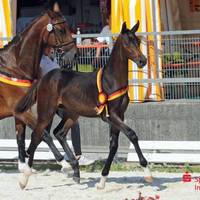 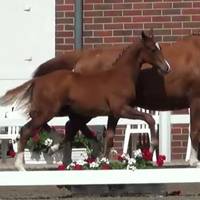 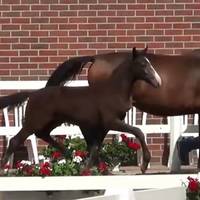 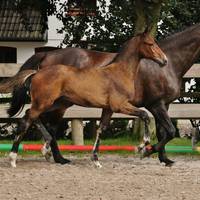 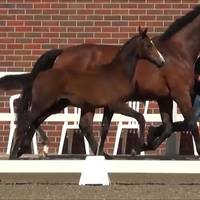 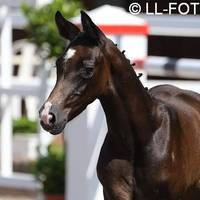 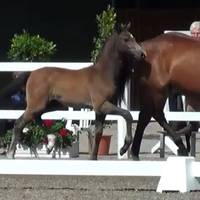 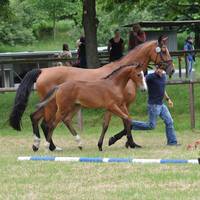 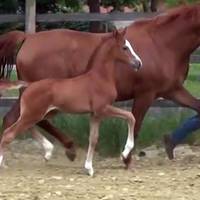 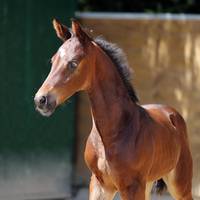 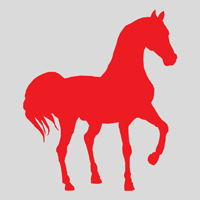