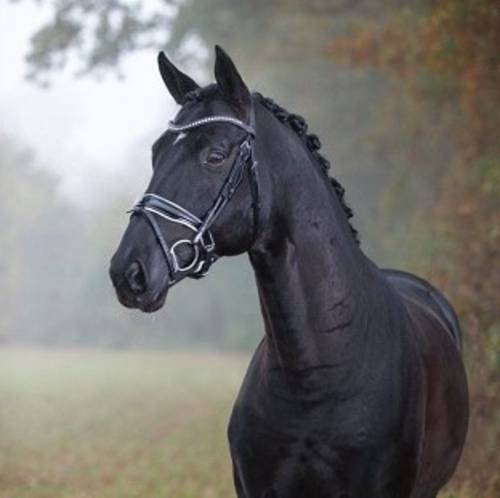 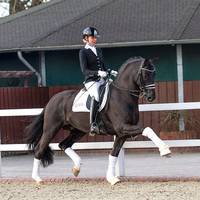 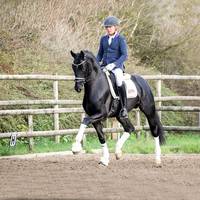 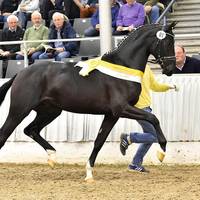 Dressage prospect for the highest demands

A glow of uniqueness surrounds him, therefore, the name seems to be program: Quando Unico was premium stallion, price record as well as “winner of all hearts” at the Hanoverian licensing in Verden in 2016. He embodies clearly the modern dressage horse in view of type and conformation with all parts harmoniously integrated. All three basic gaits are of best quality and the first tests under the saddle met all high expectations. The Hanoverian breeding manager Dr. Werner Schade said: “He is gifted with all attributes a top dressage horse needs today.”

The very well-bred sire Quantensprung made his phenomenal debut on the German licensing sites in 2016: He presented seven stallions and all of them were licensed. Three of them were awarded a premium and were auctioned for prices higher than 200,000 Euro.

Quantensprung himself was bronze medalist at the WC for young dressage horses in Verden in 2015. The dam st.pr. mare Florenza Filana passed a very good mare performance test and is sired by the 2004' NRW licensing winner Fidertanz, who himself competed successfully in grand prix classes and, furthermore, produced 51 licensed sons. In view of type and habitus, Quando Unico is clearly characterized by his black Trakehner great grandsire Hohenstein I, who became trademark stallion in many studs. With Weltmeyer, Acapulco, Argentan I and the legendary Der Löwe xx in the following line of ancestors, the pedigree is filled with top sires like pearls on a string. Quando Unico comes from the Hanoverian dam line 565/Futlug (by Futurist II-Goldammer II-Flugfeuer II-Norsip-Nadick-Breden-Schlütter-Blenheim xx-Martaban-Romeo xx-Merkur) which is maintained near Lüneburg. This line is also known for 15 licensed stallions such as Acomet (internat. successful with Theo Muff/SUI), Almjäger Z, Amalgan D (internat. successful with Hugo Simon/AUT), Lucky Dance, La Rochelle G and Rothenburg J as well as Ruben. There is also a direct relation to the 1978' DLG champion mare and winner of the Ratje-Niebuhr show (1979), Aragonia (by Argentan I-Der Löwe xx).