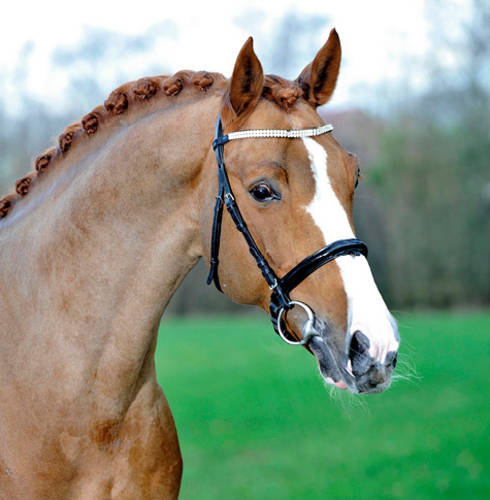 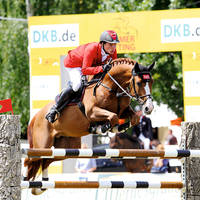 A jumper stallion of the international sport

A magnetic stallion of special quality for breeding and sport without any doubt. Lord Weingard was awarded a premium at the 2003 Oldenburg licensing in Vechta. He took his 30-day test at the same venue in 2004, finishing among the top group with an excellent overall result (8.29) and an especially outstanding score in jumping (8.63). In 2005 he had high placings in elementary (L) level tests for young show jumpers and in 2006 his first ribbons in medium (M) level were added and he successfully participated in the Bundeschampionat in Warendorf in the class for German show jumpers. Quasi effortlessly, he meanwhile reached the international upper level show jumping and in 2010 he was highly successful with Jan Sprehe in international three-star advanced (S) level competitions (e.g. in Offenburg, Saint Lô/FRA, Neumünster, Zuidlaren/NL and Gera).

In breeding, Lord Weingard made also headlines: His son Lord Beckham was the celebrated Champion Stallion of the Mecklenburg licensing in Redefin in 2010 and is meanwhile highly successful in sport up to advanced (S) level under Denis Nielsen. The eldest offspring of Lord Weingard have already succeeded in advanced (S) level classes, resulting in an outstanding breeding value of 144 points for their sire according to FN's predicted breeding value statistics for jumping 2014. The internationally competing daughter Lady Louise/Hans-Thorben Rüder as well as Luke/Dominik Schäfers deserve special mention. In view of his offspring, Lord Weingard passed on his traits phenomenally and is a special alternative for ambitious breeders.