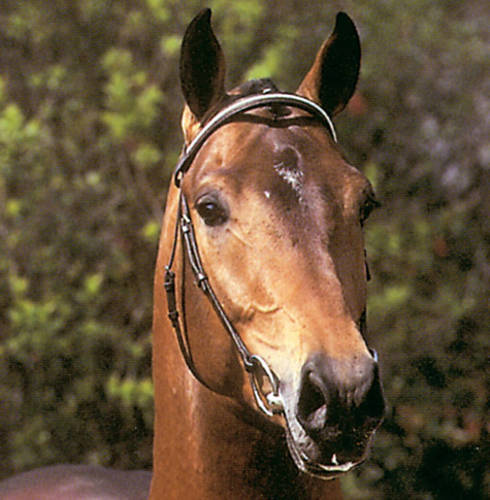 A proved, advanced (S) level show jumper for the highest demands in breeding

With Lancer III our breeders have a stallion at their disposal who has proved himself in breeding and sport equally well. After winning many ribbons in tests for young show jumpers and participating in the Bundeschampionat in Warendorf, he continued under Toni Hassmann in advanced level show jumping and the two of them won many tests or placed among the best.

In his only few years of breeding he produced ten sons that were licensed – an impressive record. But he also sired State Premium mares and foals that were highly decorated at championships. His offspring in competition sport are also highly successful; several them have collected respectable amounts of prize money, mostly in show jumping tests.

It is not a coincidence that he passes on such good traits. His dam Inula (line 4847) also gave birth to two older full brothers who were also licensed, Lancer I, who was just as successful in breeding and sport, and the Holstein Champion Stallion 1988, Lancer II. Her dam line is also the origin of other licensed stallions such as Landsberg (Bavaria), Lados (Westphalia), No Limit (Rhineland-Pfalz) and Corando (Hesse).

Licensed for Westphalia and Rhineland, Oldenburg, Hanover as well as all Southern German and new German State Verbands.