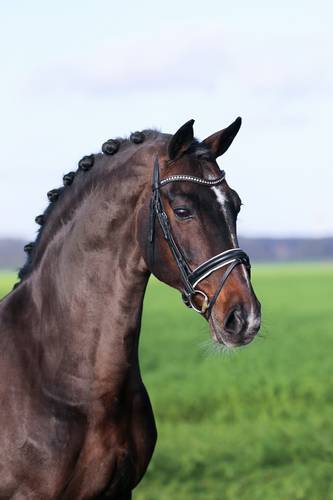 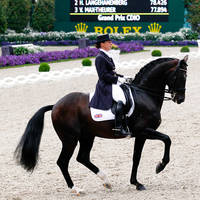 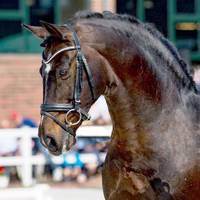 Diamond Hit is an established hero among the international top sires – one of the performance-strongest offers from the parental home of Donnerhall. Diamond Hit is “purveyor“ for auction sites (Vechta 2015 – 110,000 Euro, Vechta 2016 – 100,000 Euro – most expensive filly ever), Bundeschampionat and world championships of young dressage horses. Every year, numerous offspring compete in Warendorf. The licensed son Donavan became Bundeschampion of four-year old stallions in Warendorf in 2005, his daughter Loxana was the sovereign champion at the Oldenburg Elite Broodmare show in Rastede, where ten Diamond Hit daughters were named State Premium Mare. Diamantenbörse became Oldenburg Champion for three-year old riding horses and achieved the bronze medal at the World Championship for young dressage horses in 2008 and was then internationally successful at advanced class. In 2017 Dominy became the unchallenged Bundeschampion of five-year old dressage horses. In the meantime, the number of licensed sons has increased to 65. Especially Don Diamond caused a sensation as Southern German licensing winner, national champion, Southern German Champion and Vice Bundeschampion. In 2012 he was Master Stallion of the Year in Stuttgart. Recent stallion highlights are e.g. Daily Deal (NRW reserve champion in 2010), the 2016’ Champion Stallion in Redefin, who became the 2017’ Riding Horse Champion in Mecklenburg, the 2017’ premium stallion in Oldenburg, Diamond First, two 2018’s premium stallions in Redefin and 2018‘ vice-champion stallion in Vechta, Dodo Weihgand. At all show grounds in Germany he presented absolutely top-class elite mares. 87 of his offspring have been successful in advanced (S) dressage classes. The most successful of them are  Hawtins Delicato/Carl Hester (GBR), Loxana/Daniel Bachmann Andersen (DEN), Daily Discovery OLD/Riana Mauersberger, Dark Diamond 22/Hubertus Schmidt and Della Cavalleria OLD/Victoria Max-Theurer (AUT).

No less spectacular is Diamond Hit's sporting career: In 2002 he became Vice World Champion and Vice Bundeschampion of five-year old dressage horses. A year before, he was Oldenburg Vice Champion and Vice Bundeschampion of four-year old stallions. At the 2001' Bundeschampionat he was especially awarded by the Ministry of Agriculture for being the best licensed and performance-tested stallion. In 2005 he was proclaimed VTV-Dressage Stallion of the Year on the occasion of the Oldenburg Stallion Days. Then, he competed successfully up to international grand prix level. In 2012, Diamond Hit retired from sport in a stirring atmosphere during the Oldenburg Old Stallion Parade.

Diamond Hit is of good family. The sire Don Schufro, long-time leader of FN's predicted breeding value statistics Dressage, was victorious internationally up to Grand Prix and bronze medalist with the Danish team in Hong Kong in 2008. The dam Loretta produced at first Sandro Hit followed by Diamond Hit and finally Royal Hit, so that she is probably the most influential Oldenburg mare of her generation. Ramino and Welt As, who are next in the line of ancestors, became both top performer of worldwide recognition. Over the black sires Luciano and Waidmannsheil the line, which also produced the licensed stallions Florenzo and Likoto Hit, proceeds. 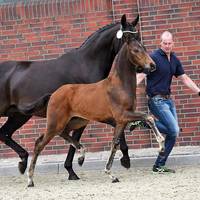 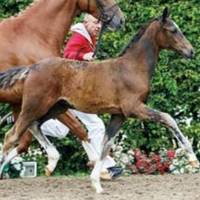 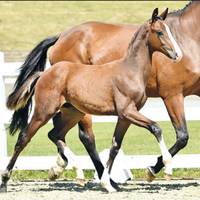 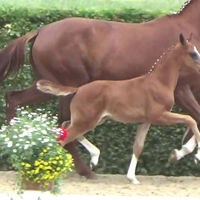 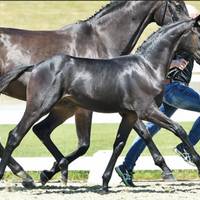