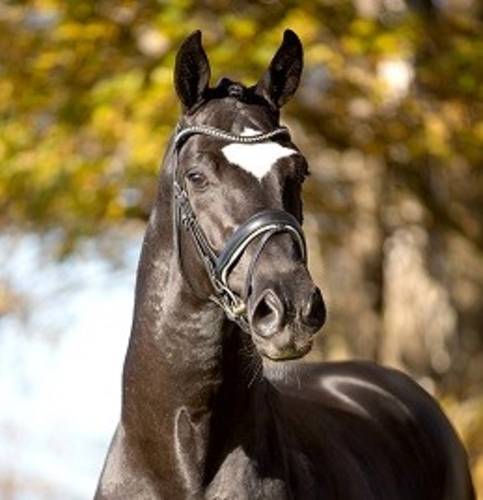 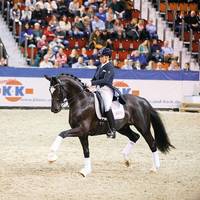 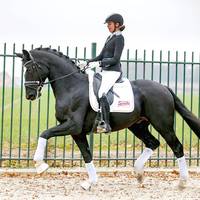 He persuades with charm and charisma, well-proportioned limbs harmoniously integrated. Three equally excellent basic gaits predestine him as specialist for dressage. Thereby, he knows to impress with his self-confident and motivated manner combined with maximum balance. In 2016 he finished his 14-day test (Neustadt/Dosse) with top scores as expected and, both in 2017 and in 2018, he completed excellent sport tests with high partial scores for all criteria. In 2017 he presented his first crop with outstanding first impressions at the offspring show. Large-framed, good rhythm and carrying-power characterize his offspring without exceptions. Therefore, he also presented several premium and elite foals as well as auction foals selling for above-average prices. Due to the clearly positive record in sport and breeding he was awarded as I-c main premium winner by the Oldenburg Verband in Vechta.

The sire De Niro, who died in 2017 unfortunately, was regarded as the most successful dressage sire worldwide in recent years. In Oldenburg he was I-a main premium winner, made successfully his dressage grand prix debut at the age of seven, won the “Blue Band” at the German Derby in Hamburg and won at the German Championship for professional riders twice. In 2008, he was proclaimed “Hanoverian Stallion of the Year”, he presented already more than 99 licensed sons in Germany alone.

The dam Flourish is state premium mare and received quite early the title “Elite Mare” in Oldenburg breeding. In 2014, she presented the price highlight at the foal auction in Vechta – the full brother of De Niro Gold named Dechamps changed into the hands of a stallion rearer. Her sire Florencio I was the 2003 Westphalian Champion and Vice Bundeschampion of four-year old stallions. In 2004, he won with a record mark of 9.8 at the WC for five-year old dressage horses in Verden. A year later, the pair defended their title at the same venue and was then internationally successful in dressage. 44 sons have been approved for breeding.

In third generation follows Rubinstein I, who himself was Bundeschampion of German Dressage horses. In 1994 he was winner of the Nürnberg Burg Trophy and belonged continually to the leading group of German dressage horses under the saddle of different riders. As main premium champion stallion of 1990 he produced numerous licensed sons for nearly all German breeding areas. 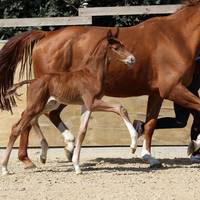 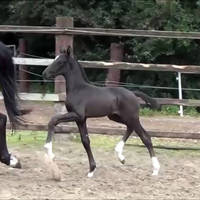 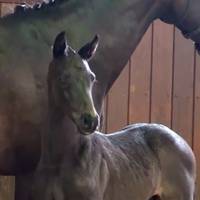 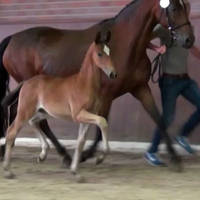 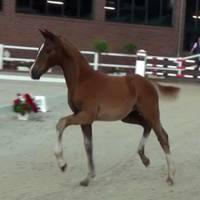 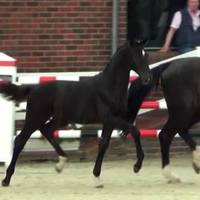 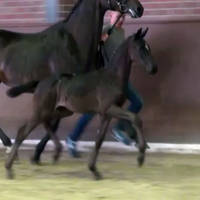 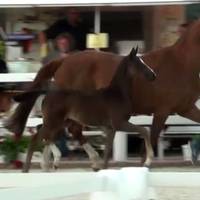 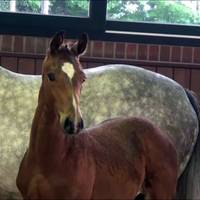 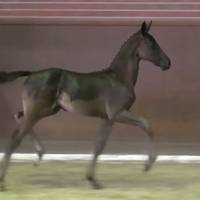 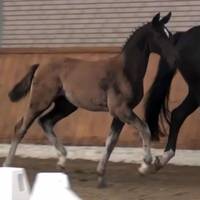