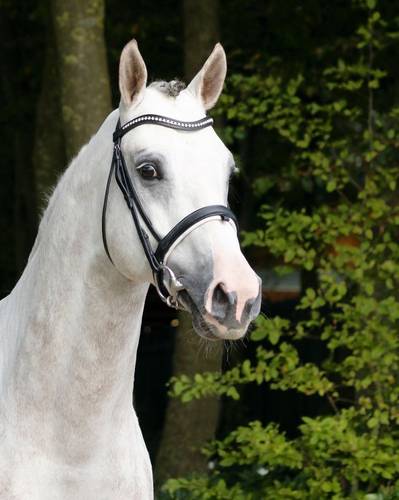 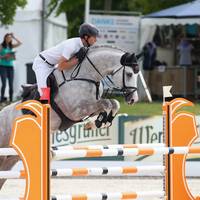 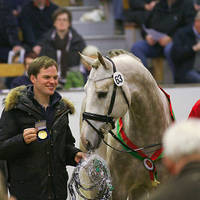 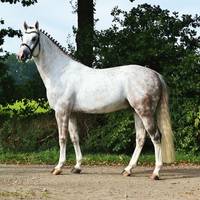 Coupie was champion jumper stallion at the NRW main licensing in Münster-Handorf in 2012. And one year later, he confirmed the high estimation by winning in jumping at his 30-day test with a score that has never been there before: 10.0! Indeed, he showed us jumping ability at its best with regard to ability, technique and bascule and, meanwhile, he won several tests for young show jumpers and, in 2015, he qualified even twice for the Bundeschampionat for German show jumpers, once under the rider Jens Rensen and the other time under the current German Champion Denis Nielsen.

His pedigree is like a summit meeting of the best international jumper blood: The sire Coupe  de Coeur and René Tebbel became German Champion twice, in 2006 and 2007, won the show jumping World Cup in Oslo and lead the German team to the victory in the Nations Cup Super League in Barcelona with two sovereign clear rounds. The dam First Cornet delivered the licensed son Celensky by Cevin Costner and the successful show jumper Quit Right (by Qidamo).

She also produced the second Reserve Champions of the Wesphalian licensing 2014 and 2015, Sir Obolensky Z and Sacramento Gold (both by Stakkato Gold). Sir Obolensky Z was sold for 170,000 Euro to stud Zangersheide. His younger full-brother was sold to Russia for 155,000 Euro.

The dam's sire Cornet Obolensky performed straight away a dream career on the equestrian parquet. As second Reserve Champion at his licensing in Münster-Handorf he presented meanwhile more than 74 licensed sons at different German licensing sites. Furthermore, Cornet Obolensky was highly successful in sport.

The granddam First Class, daughter of Thoroughbred Fläming xx, brought the esteemed “shot” of refinement blood into the pedigree. When bred to Polydor, she delivered the international show jumper Paganini 82 / Jan Sprehe. 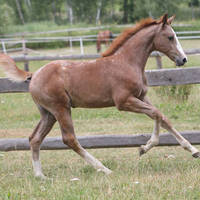 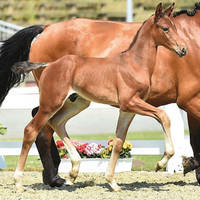 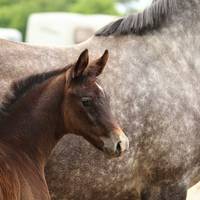 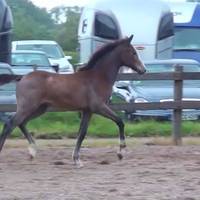 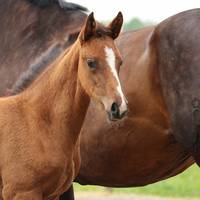 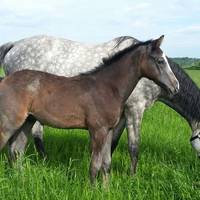 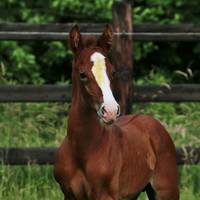 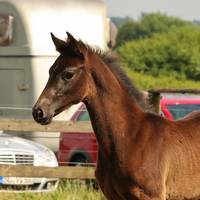