Back to Overview
Next Stallion 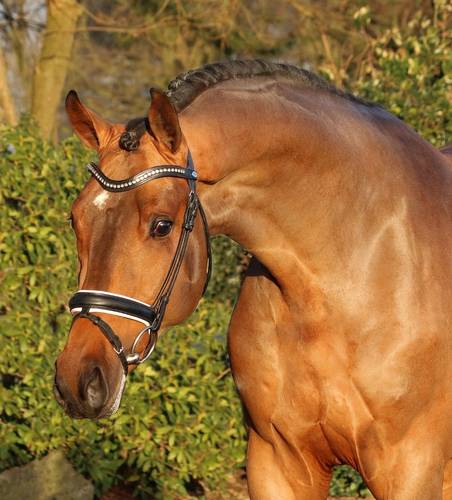 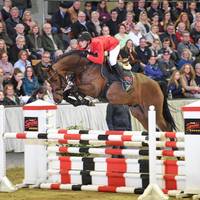 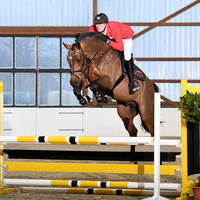 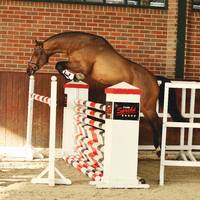 Large-framed, clear-defined and athletic: Amazon is an absolute eye-catcher, true to type and gifted with outstanding qualities in view of manner and ability at the jump. He was among the top of the 2015' stallion licensing in Westphalia and, in 2016, he passed his 14-day test in Neustadt (Dosse). In spring 2017 he finished the performance test for four-year old stallions as reserve champion. With a striking final score of 8.83 he underlined his top qualities as top prospect and, then, competed highly successful in his first tests for young show jumpers.

Clearly characterized by the phenotype of his sire, Amazon presents himself as exceptional horse in view of rideability, attitude, attentiveness and scope. His sire A la Carte NRW was the 2010 NRW licensing winner and is highly successful in international show jumping classes. The dam delivered already a successful 1.45m show jumper named Quinta la Belle (by Quinta Real), who is still young but attracting more and more attention.

The significant dam's sire Arpeggio convinces with internationally competing masterpieces: above all All Inclusive NRW/Ludger Beerbaum and Denis Lynch (IRL), Allerdings/Marco Kutscher and Acomet/Theo Muff (SUI) and many others.

The black Polydor son Potsdam, who won many international grand prixs (such as Leipzig, Redefin and Nörten-Hardenberg) under Heinrich-Wilhelm Johannsmann, is found in third generation. The versatile sire Maraschino, found in fourth generation, won many show jumping classes at advanced (S) level.

There is a noticeable inbreeding through the top sires Polydor and Acord II in the pedigree. Amazon comes from the originally Hanoverian dam line 663/Kedute (by Kirkland-Chasseur-Königsleutnant etc.), which has been at home in Westphalia for many years, producing continually top-class horses for show jumping.